The pancreas, named for the Greek words “pan” (all) and “kreas” (flesh), is a 12-15–cm long comma-shaped, soft, lobulated, retroperitoneal organ. It lies transversely, although a bit obliquely, on the posterior abdominal wall behind the stomach, across the lumbar (L1-2) spine. 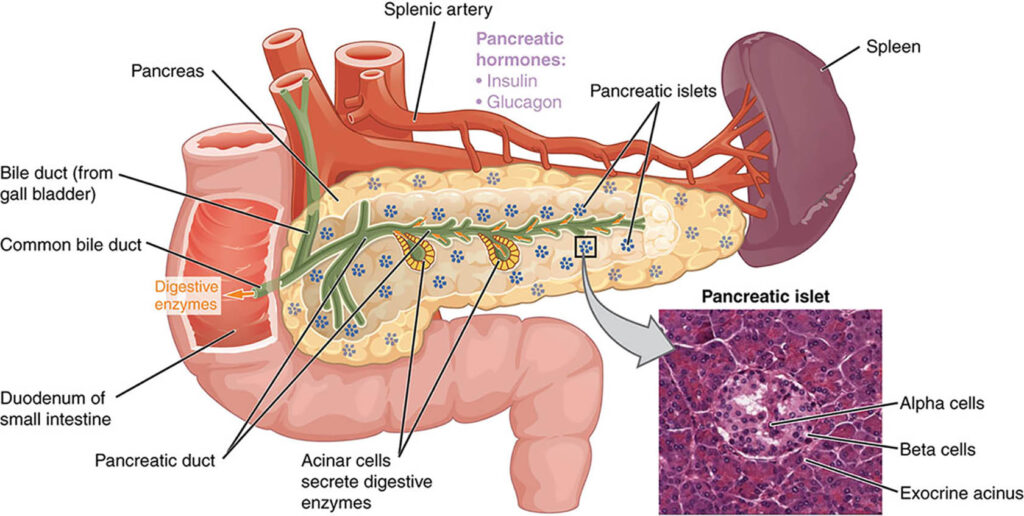 The head of the pancreas lies in the duodenal C loop in front of the inferior vena cava (IVC) and the left renal vein. The uncinate process is an extension of the lower (inferior) half of the head toward the left; it is of varying size and is wedged between the superior mesenteric vessels (vein on right, and artery on left) in front and the aorta behind it.

The lower (terminal) part of the common bile duct runs behind (or sometimes through) the upper half of the head of pancreas before it joins the main pancreatic duct of Wirsung to form a common channel (ampulla), which opens at the papilla on the medial wall of the second part of the duodenum.

The transverse mesocolon (with the middle colic vessels in it) is attached to the anterior surface of the lower (inferior) part of body and pancreas tail; thus, most of the gland is located in the supracolic compartment. The body and tail of the pancreas lie in the lesser sac (omental bursa) behind the stomach.

The celiac trunk (axis) comes off from the anterior surface of the aorta at the level of T12–L1. It has a short length of about 1 cm and trifurcates into the common hepatic artery (CHA), splenic artery, and left gastric artery (LGA). The CHA runs toward the right on the superior border of the proximal body of the pancreas, and the splenic artery runs toward the left on the superior border of the distal body and tail of the pancreas. 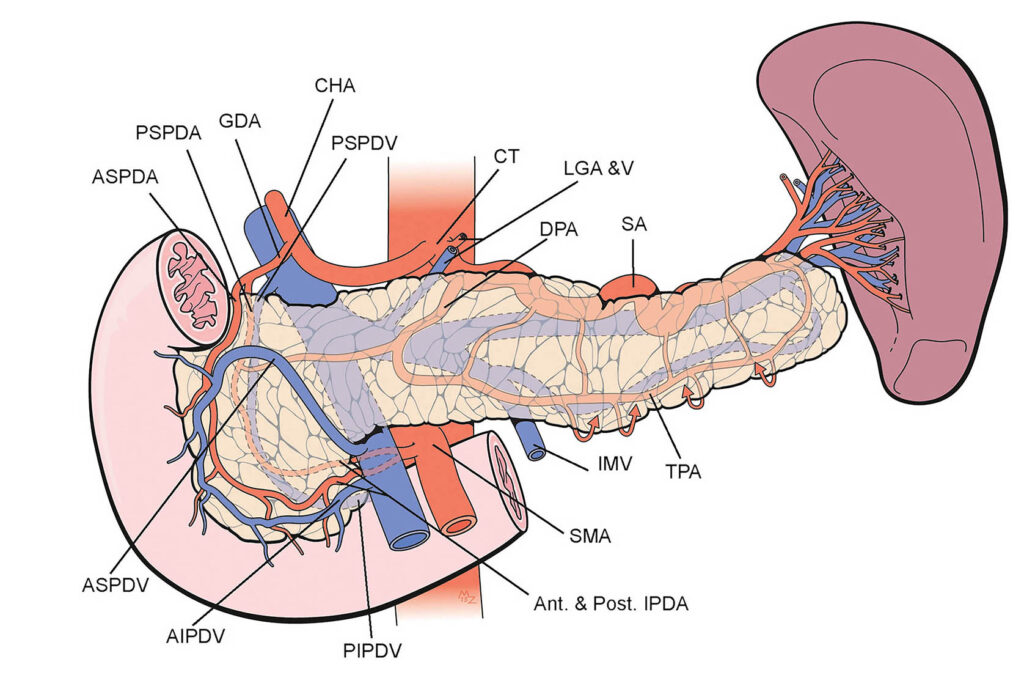 The inferior mesenteric vein (IMV) joins the splenic vein (or the junction of the splenic vein and SMV, or even SMV). The portal vein receives the SPDVs, right gastro-omental (gastroepiploic) vein, left gastric vein (LGV), and right gastric vein (RGV); then, it runs up (superiorly) behind the first part of the duodenum in the hepatoduodenal ligament behind (posterior to) the common bile duct on the right and proper hepatic artery on the left. The portal venous system (splenic vein, SMV, and portal vein) has no valves. 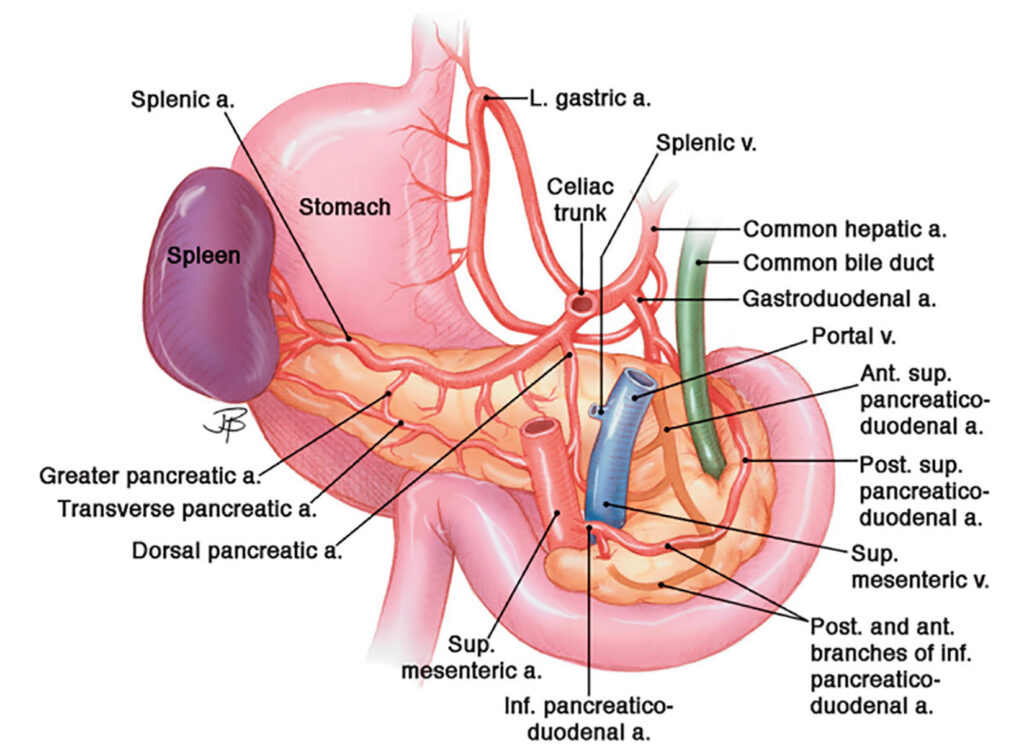 The pancreas receives parasympathetic nerve fibers from the posterior vagal trunk via its celiac branch. Sympathetic supply comes from T6-T10 via the thoracic splanchnic nerves and the celiac plexus.