Join Us
Goldenseal (Hydrastis canadensis) is an herbal plant has been used to treat medical conditions for hundreds of years. In 1798, Benjamin Smith Barton included it in his Essays towards a Materia Medica of the United States, noting that American Indian groups used it for treating a wide range of conditions, including whooping cough, eye infections, fever, diarrhea, pneumonia and even cancer. By the late 18th century, Americans were using it as something of a cure-all or panacea.
Despite only a relatively small numbers of clinical trials, and the efficacy of modern medicine, many people still rely on this herb today for treating a huge variety of illnesses. By 2009, around 113,400kg of goldenseal root was being traded globally, and it is one of the top-selling herbal supplements in the USA today. 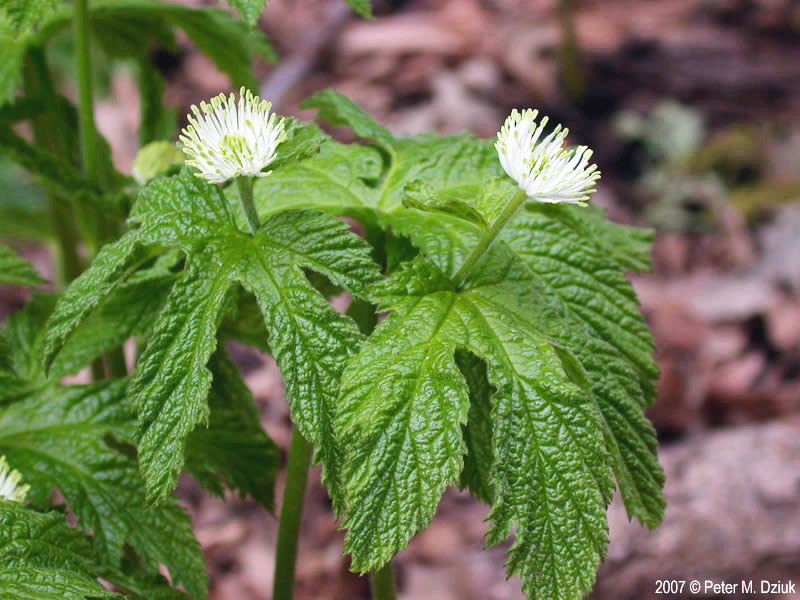 MODE OF ACTION OF GOLDENSEAL

The chief constituents of goldenseal are found at the greatest quantities in its “creeping root” that is actually a horizontal stem or rhizome of the plant growing underground, sending out roots and shoots. The Hydrastis rhizome is notable for containing the following isoquinoline alkaloids:
● Berberine – a benzylisoquinoline alkaloid that has been demonstrated to be anti-carcinogenic, anticonvulsive, and antibacterial. It is said to be effective against bacteria, fungi, protozoa, helminths and chlamydia
● Hydrastine (2–4%) – demonstrated to have astringent action
● Canadine – proven to exert a “significant antioxidant activity with low toxic effect”
● Canadaline
Berberine and beta-hydrastine are thought to exert the strongest effect, and these two elements have been clinically tested. However, the alkaloids work together synergistically to produce effects beyond any attributable to one alkaloid alone, such as goldenseal’s ability to drastically reduce muscle spasm.
Goldenseal is also considered to be a synergistic herb, which means that it increases the effectiveness of other herbs and medical drugs. It is often used in combination with echinacea. However, its strong interaction with other herbs and medical drugs means that there are many instances in which you should be cautious in using goldenseal, or avoid using it altogether.

● Goldenseal is used as an antibiotic, antiseptic, astringent, immune-stimulatory, anticonvulsant and sedative; but it is particularly noted for its powerful and immediate action on mucous membrane inflammatory and infectious conditions – anywhere in the body. It has antimicrobial properties against bacteria, fungi and parasites, and seems to be effective at preventing the overgrowth of yeast following antibiotic treatment. It shows promise against even tuberculosis.
● Folk uses expanded during the 19th and 20th centuries, to include inflammations and infections of the mucus membranes (e.g., sore gums or throat), skin sores, bleeding, menstrual complaints, gastritis, colitis, constipation, ringworm, acne, genitourinary infections, thrush, and snake bite.
● Herbalists often recommend it topically for its anti-inflammatory and antiseptic actions, which make it useful to clean wounds, reduce hemorrhoids, soothe canker sores, alleviate skin infections (including ringworm and athlete’s foot), conjunctivitis and blepharitis. It is well known as an eye tonic.
● Goldenseal inhibits the adhesion of bacteria to host tissue in the intestines, thereby preventing infections in the gut. It increases blood supply to the spleen, activates macrophages (white blood cells that destroy pathogens in the body), and stimulates secretion of bile. Goldenseal seems to aid in eliminating toxins from the kidney, liver and blood.
● Goldenseal fights with tumor cells. It has been shown to be effective in shrinking cancer tumors.
● There is some evidence suggests that goldenseal works effectively in cases of hypothyroidism, Hashimoto’s disease and goitre. It is claimed to cure 25 people using goldenseal alone, when both iodine and thyroid extract had been ineffective.

● Goldenseal is a potent plant and must be used with care.
● Don’t exceed three weeks of continuous use without a break of at least two weeks
● May cause gastrointestinal distress and possible nervous system effects
● Eating the fresh plant can cause inflammation of the mucous membrane.
● In high doses, goldenseal can irritate the skin, mouth, throat, and vagina. If any inflammation develops, stop taking immediately.
● It may cause nausea and diarrhea. Stop taking immediately.
● Do not use it in pregnancy as it may stimulate the uterus.
● Do not use Goldenseal without consulting a physician if you have had heart disease, diabetes, glaucoma, a stroke, high blood pressure. It stimulates the heart muscle, and the result is increased blood pressure.
● Do not give goldenseal to children under two. Start with small doses for children.
● High doses my interfere with Vitamin B metabolism.
Dose – Suggested Dosage is 2-3 Cap per day.