REWRITE YOUR PAST TRANSFORM YOUR FUTURE

An article by Dr. O.P.Verma
Matrix Reimprinting is a brand new cutting-edge healing modality that everybody is talking about. In 2006, Karl Dawson, one of only 29 EFT Masters worldwide created this therapy, that has evolved from EFT (Emotional Freedom Technique). It is an effective treatment for emotional or physical issues; it can also be used to manifest your goals and dreams.
Like its predecessor, Matrix Reimprinting also uses the meridian system that is used in EFT. EFT was developed by Gary Craig and has a long and impressive history of resolving physical and emotional issues. In EFT you focus and verbalize an issue that you want to work with. At the same time, you tap on the meridian points with your fingers, and this releases stress and trauma from the body’s energy system, allowing the body-mind to return to a healthy physical and emotional state.
In Matrix Reimprinting we see these past negative memories as being held as pictures or holograms in your body field. Until you discover the belief that was formed in the memories and transform them, you keep subconsciously recreating situations that strengthen these beliefs and thus continue affecting your health and wellbeing, often until a point of crisis is reached. Discovering the belief and then changing the pictures within the memories creates both physical and emotional healing, and enables you to attract more positive experiences into your life. And by tapping on the meridians of the body at the same time, the process is accelerated.

In 2006, Karl was teaching EFT in Australia. While working on a client, he was making very slow progress. So he asked the participant, “Can you see that little girl, your younger self, like a picture in the memory?” The client replied, “I can see her so clearly that I can tap on her.” So Karl suggested the client tap on her little self in the memory, while he continued to tap on her she had an amazingly fast resolution, and thus Matrix Reimprinting was born!

When we experience severe trauma, a part of us splits off to protect ourselves from it. These dissociated energetic parts are called ‘Energetic Consciousness Holograms’, or ‘ECHOs’ for short. These ‘ECHOs’ stay outside our body-mind and are actually held in our local fields or matrix. At the same time, another part of us relives it over and over again, below the threshold of awareness, so it is as if the trauma has never really ended for us.
The ECHOs contain all the information about the traumatic event and that event is numbed out from our consciousness as if it never happened. But it lives on in the images of our subconscious and dictates our response to future situations. Similar events will trigger a similar response and so we suffer stress, anxiety, phobias, and so on.

DIFFERENCE BETWEEN EFT AND MATRIX REIMPRINTING?

If EFT is a single-story house, then Matrix Reimprinting is like a multi-story building. In EFT you can take the charge out of traumatic memory, but the memory still remains the same. With Matrix Reimprinting, you still use the EFT tapping points, but you get to the core of the belief made in the traumatic memory and rewrite the memory in an affirmative way leaving the emotion at positive +10. You can go back to any point in time, do whatever you wished you had done, bring in new resources and new people, and transform the picture you have of that memory. So Matrix Reimprinting is more empowering.

In 1944, Max Planck, known as the father of quantum theory, shocked the world by his bold statement that there is a ‘matrix’ of energy that provides the blueprint for our physical world. In recent years Lynne McTaggart has referred to it as ‘The Field’. Gregg Braden has talked of the ‘Divine Matrix’, while Rupert Sheldrake uses the word ‘Morphic Fields’.
To understand how Matrix Reimprinting works, you will need to know the modern theories of quantum physics. According to quantum theory, we are all comprised of energy and are all connected by a unified energy field. We hold our specific traumas and stressful life experiences in the matrix and they influence our every thought pattern, behavior, and action.
But in order to practice Matrix Reimprinting understand the following principles:
1. We are all made up of energy that vibrates so fast we appear as solid matter.
2. We are linked by a web of energy, the Matrix that connects us all.
3. We send our thoughts out into the Matrix and those thoughts are attracted back to us as life experiences.
4. We can change how we experience life by changing the beliefs and pictures in the Matrix.

Matrix Reimprinting can be applied to a variety of conditions including:
1- Addictions
2- Phobias
3- Allergies
4- Negative core-beliefs
5- Birth traumas
6- Relationships issues
You can even work with past lives and future selves, and also enhance your work with the Law of Attraction.
Matrix Reimprinting can be applied with other healing modalities such as life coaching, hypnotherapy, counseling, psychotherapy, all types of bodywork and energy work, and so on.

For maximum benefit, it is suggested that you take a session with a Matrix Reimprinting Practitioner. The steps below outline the process which can be amended if you were using Matrix Reimprinting by yourself.
Step 1: Identify the Presenting Issue
Perhaps there is some specific event you wish to work on or emotion in the body. Identify with this, feel it, the more prominent it is, the easier it will be to trace back to an appropriate memory. Your practitioner would ask “Where is this in the body? Does it have a shape or color? How intense is it? What is emotion? How else could you describe it?”
Step 2: Start Tapping
In the same way as an EFT session – start tapping on the karate chop. Your practitioner would have you repeat a set up statement ‘Even though….’ And then, smaller statements as the other points are systematically worked through.
Step 3: Getting to the Memory
Whilst tapping your practitioner would guide you to a related memory, by asking something like “When was the first time you experienced this?” Often an image of a younger self (ECHO) just pops up whilst tapping. It has to be a specific memory and must be seen or sensed.
Step 4: Meet the ECHO
The practitioner may ask what is going on in the memory. At this point, it is time to step into the memory as the adult-self (helper) and it is therefore vital to stay disassociated. Introduce yourself to the ECHO (silently or aloud); something like “I’m you from the future and I’m here to help you” and as soon as possible start tapping on the ECHO in your mind (this immediately ends the isolation of the ECHO is feeling). If you are with a practitioner he will start tapping on you, if not then tap on yourself.
Step 5: Feeling emotions and discovering the belief
The memory may become stronger along with emotions. It may feel relevant to freeze other people in the memory. It is important that all answers come from the ECHO. The first stage will be to find out what the ECHO is feeling and then via tapping and words of comfort to the ECHO bring down the emotion. It is quite often they are frozen in fear. At some point, you may ask the ECHO “What did you learn about life from this experience?” or “What did you decide about life, or about yourself from this?” This is discovering the belief, a key part and often followed by a cathartic release.
Step 6: Resourcing
Once the emotional distress is cleared, ask your ECHO how she would like to change the picture to make it better. The idea is to develop a positive new picture that reverses whatever negative belief she has stated. Other resources and people can be brought in, however, try not to create a totally different memory that has no relevance to the initial memory. Keep improving the image until the ECHO says nothing else is missing that would make it better.
Step 7: Reimprint the Image
Once the image has reached a 10 out of 10, take in all of the sights, sounds, smells, colors, light, and the good feelings and bring it into your:
1. Mind/brain
2. Body (into every cell)
3. Heart, and from there with your hand on your heart send/stream/radiate it out in all directions at once to the universe and beyond.
Step 8: Test the Memory
After the new picture is reimprinted, open your eyes for a few minutes, then close them. Revisit the memory and see what’s there.
How do you feel about the event? Is there any remaining intensity? If so, go back in again and do some more work.
Step 9: Revisit the Memory
After a session, give yourself 2-3 days to settle in after the session. Return to the new memory a few times and radiate it out from your heart. Every time you go back to the memory, it gets stronger. 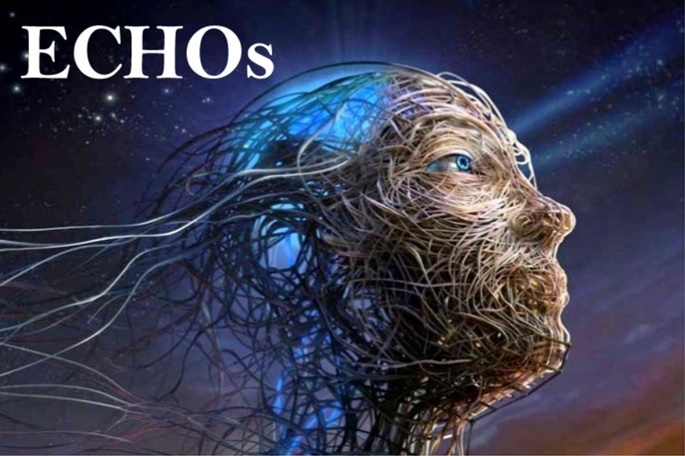 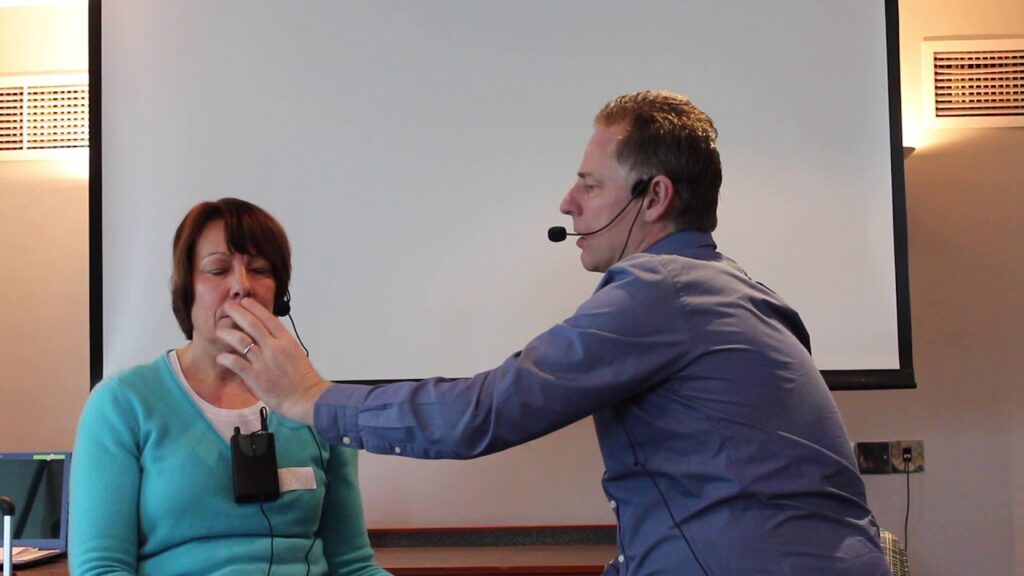 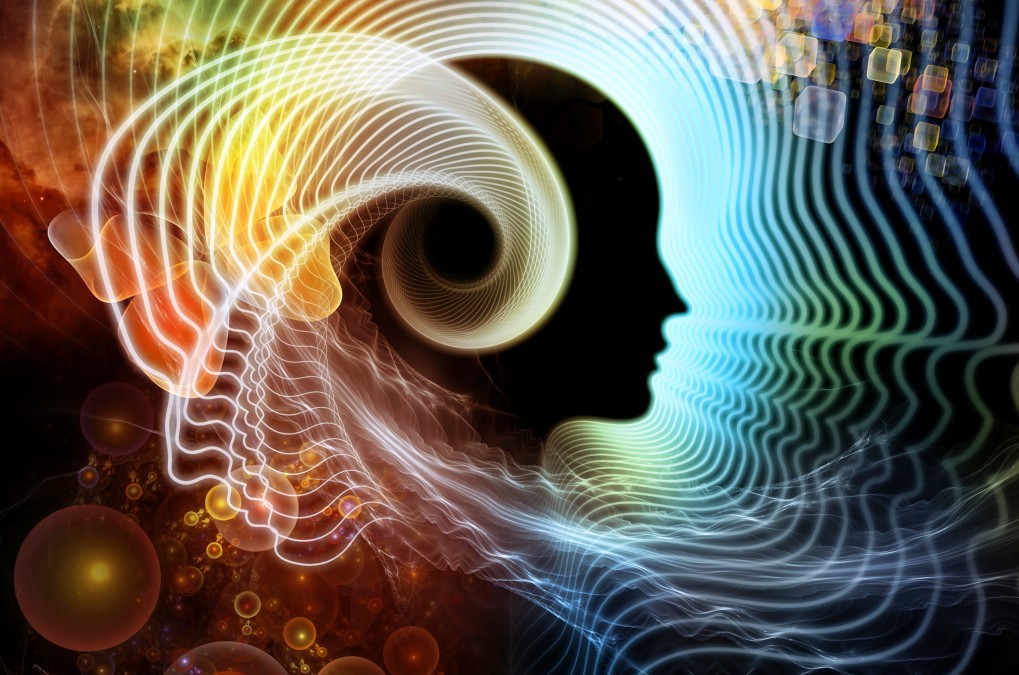